As countries progressively begin to reopen their borders and renew temporary visa bans, the Passport Index reveals new data on what rock-bottom for global mobility looks like during a worldwide pandemic.

Covid-19 has caused a historic dive in the World Openness Score (WOS); Passport Index’ benchmark of open travel between countries.

Although active visa agreements were not changed, temporary entry bans and border closures resulted in a staggering decrease in the WOS. It has currently backtracked nearly half a decade, dropping to a staggering 12,945; a 65% decline within months. 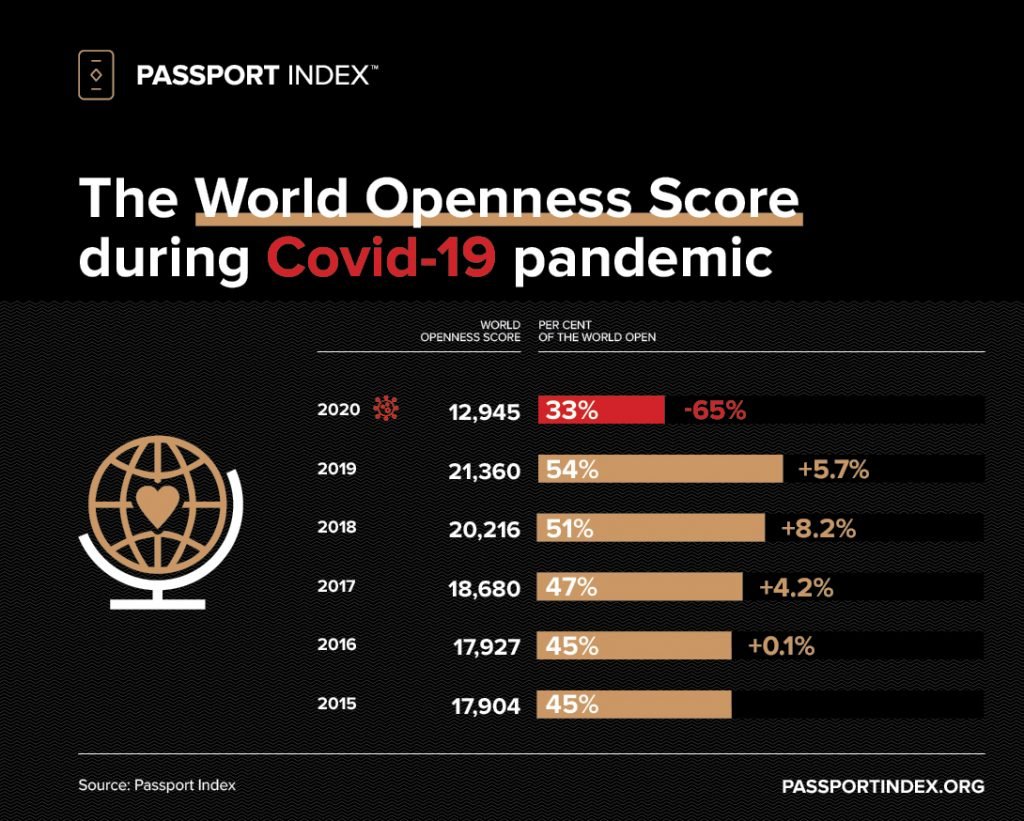 Formerly in first place as the world’s most powerful passport with a 179 Mobility Score (MS), the UAE has lost temporary access to Europe’s Schengen and others, dropping down to 13th place with an MS of 90. UAE remains the most powerful in the Middle East.

In its place, the European passports of Belgium, Finland, Austria, Luxembourg, Spain, Ireland, United Kingdom and Switzerland share first place with a 112 MS, followed by Sweden and the Netherlands and others, to make up the new Top 10 Most Powerful Passports ranking during the Covid-19 pandemic.

Shifts in the Value of Passports

It has become evident that access to the 26 states of Europe’s Schengen play a vital role in controlling passport power ranking. Without access to Europe, Caribbean passports see their Mobility Score barely hover below 70.

These temporary shifts in ranking may influence the perceived value of passports available through Citizenship by Investment programs. During a global lockdown, a powerful second passport is more important to get into the country as a citizen, rather than travel with it to other destinations. And although Caribbean passports have temporarily lost their power, they are safe and remote destinations to weather similar crises.

On the other hand, the drop of some gives the opportunity for others to take the lead. Montenegro’s passport, now ranking in 17th place with a 86 MS, has become more powerful than the Caribbean ones. 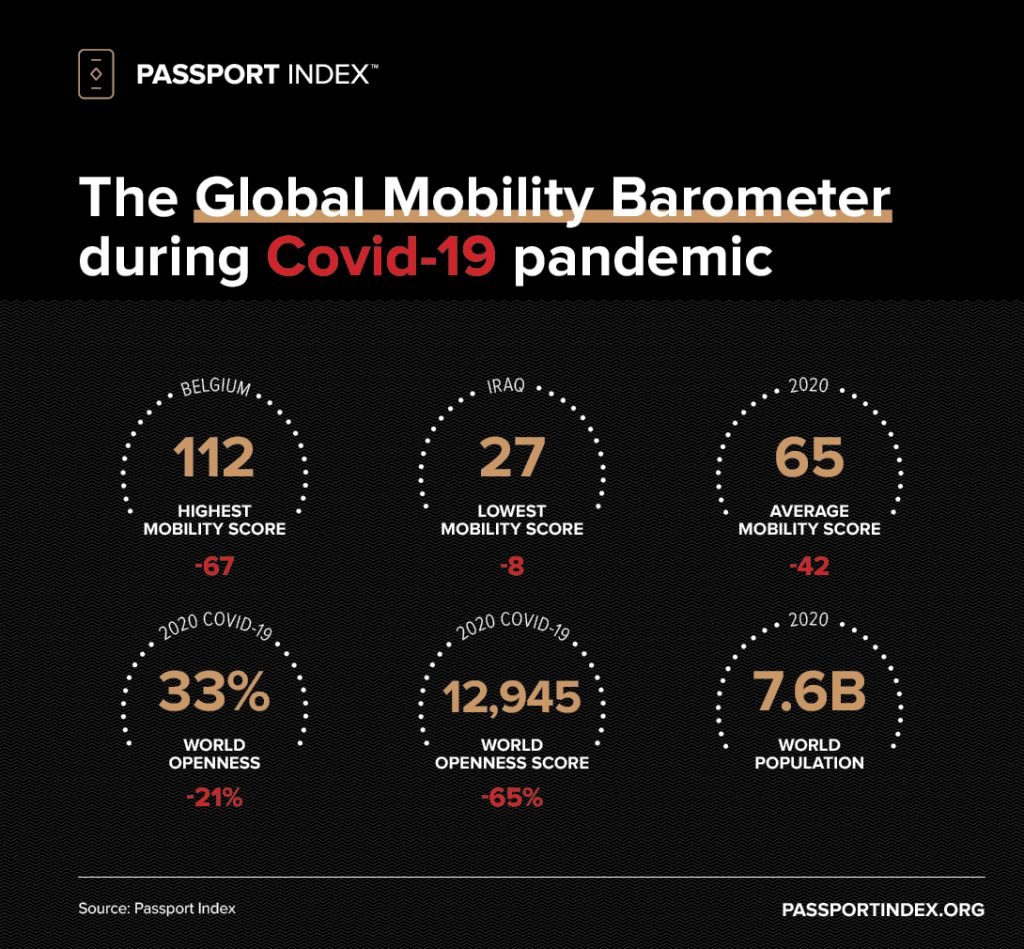 Borders are opening. Now what?

This is the time to start preparing for the future, knowing that things will be different as we move on from this pandemic.
For years, humanity has proven to be resilient, quickly adapting to survive in our ever-evolving world. If this experience has taught us one thing, it is to be prepared. And passports play a crucial role in ensuring that alternatives are within reach in case of another global crisis.

Given the clear volatility of passports, holding one powerful passport no longer poses an advantage. It is critical to secure two or more passports for an improved combined global access, ensure proper shelter and healthcare, and additional protection from more than one state.

As we prepare to move forward, we expect to see a rapid increase in the World Openness Score, as global travel progressively resumes, as well as an increase in controlled protocols prioritizing the health of global travelers.

We have already begun to see a surge of initiatives, such as World Economic Forum’s KTDI, to unlock the potential of digital identity for secure and seamless travel, and a move towards digital passports. One thing is for certain, preparing for the worst has pushed global mobility to further innovate for a safer and more seamless travel experience.

Below is a list of countries that plan on opening their borders to international tourists in the upcoming months. Don’t forget to download the Passport Index mobile apps for iOS and Android to ensure you get the latest data on visa regulations on-the-go and remain informed on mobility intelligence no matter where you’re headed.

*On June 15, all EU countries have re-opened their borders to EU nationals flying to or within the EU. For details, visit https://reopen.europa.eu/en/

As the leading real-time ranking platform, Passport Index will update all new visa regulations and information for each border opening announcement.

Additionally, the World Openness Score has been updated with new data provided through governmental resources, and has also adapted its methodology to include all temporary bans to ensure the most accurate and real-time information.